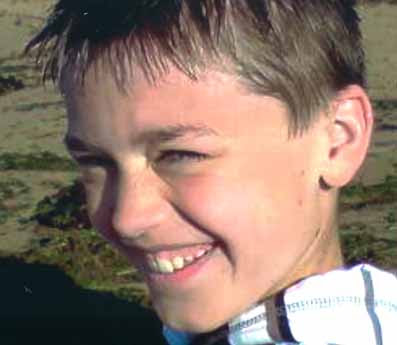 Brendon Harrison was cycling home when he was in collision with a car in Pierce Avenue, Olton, just before 3.20pm on Wednesday.

The 13-year-old, from Acocks Green, a pupil at Lyndon School, suffered serious head and leg injuries and passed away despite desperate attempts from paramedics and a nearby resident.

A police spokesman said: “The collision was between a gold-coloured Renault Scenic and a pedal cyclist. The rider, a boy aged 13, was taken to hospital and later died as a result of his injuries.”

Kenneth Guise, 72, who lives opposite the crash site, was there when the parents arrived. He said: “I came out when I heard a bang. The bike was on the floor and the car was halfway up the street. It was awful checking him over and knowing you could not do anything to help. His parents came looking for him and found the police after he had gone to hospital. They took them straightaway. “I have written to Solihull Council for years about this road needing speed bumps but nothing was done.

The Renault Scenic is designed to kill, and offers drivers the exciting prospect of a top speed of 118mph.

And as I noted last year, after visiting the council's 'Green Fair'

I picked up a copy of The Waltham Forest Road Safety Guide 2007/8, which "is proudly sponsored by Renault". Yes, Renault, the firm that sponsors the High Speed Renault Festival
Posted by freewheeler at 09:10