Mayor Boris Johnson has ordered a new image and logo for the capital.

£2million will be spent on the initiative.

Londoners will be encouraged to submit ideas.

Let me suggest this ancient Aztec sign, discovered in the Lea Valley only two days ago by archaeologists participating in the Hackney jungle trek challenge.

Experts have shown that it forms part of ‘Orient Way’, identified as a

Archaeological digs at this site have also uncovered exciting evidence of broken glass.

This logo is perfect for a re-branded London, as it eloquently demonstrates the difference between spin and reality.

Could I have my £2 million now please? 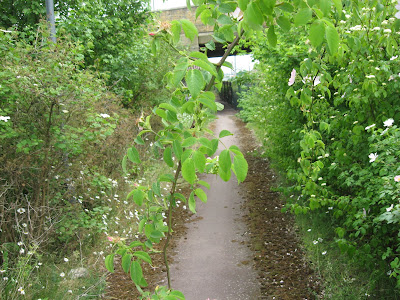 Posted by freewheeler at 08:10